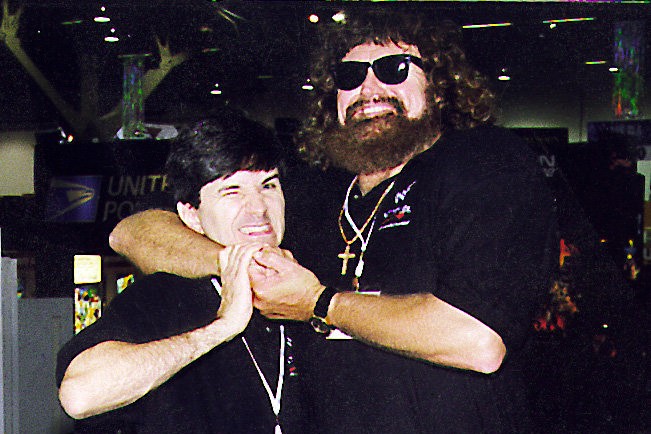 Hello, wrestling fans! It’s time for Episode #49 of Shut Up and Wrestle, with Brian R. Solomon!

My guest for the first episode of 2023 is former WWF Senior Creative Director Mike “Don’t Call Me Mick” Foley! Mike was with the company from 1990-2002, and had a hand in many creative decisions, including the “Get the F Out” campaign, the naming of several characters, and the design of the original TitanTron entrance ramp!

It’s the WWF from an artist’s perspective, this week on Shut Up and Wrestle!