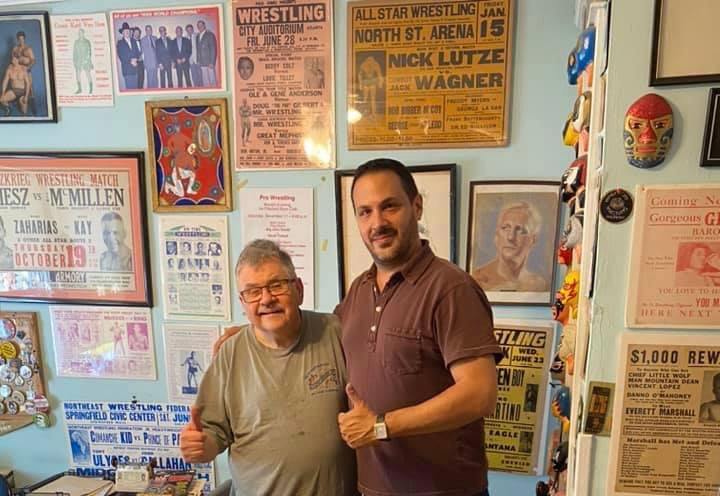 Hello, wrestling fans! It’s time for Episode #29 of Shut Up and Wrestle, with Brian R. Solomon!

Tom has been collecting memorabilia since the early ’60s, and has been a fan even longer! He was a personal friend of Killer Kowalski and many others, and a major force in the early years of the wrestling fan community.

Take a trip down memory lane in the museum of the wrestling professor himself!